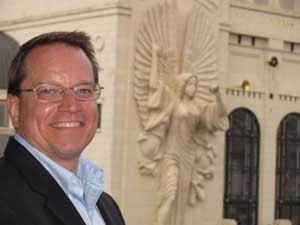 James Warchol grew up in Upstate New York, in the foothills of the Adirondack Mountains. He received a Bachelor of Science in Engineering Management, with distinction, from Clarkson University in Potsdam, NY in 1984. He then moved to North Texas to start his career. While in Texas, he met and married his soul mate and best friend Carmen.

James also received a Master of Science degree in Supply Chain Management at the University of San Diego, has traveled extensively as a spokesman for his company, and has been very active as a mentor and teacher both in the corporate arena and in his church life.

In the midst of his corporate career, James’s unquenchable passion for writing, combined with his interest in science and his love for God, provided him with substantial inspiration for his spiritual thriller THE SECRETS OF TIME TRAVEL.

Please email me with any comments or questions about my book. I would love to hear from you!

Send Me an Email

Book is Available at Amazon 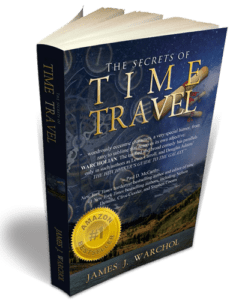